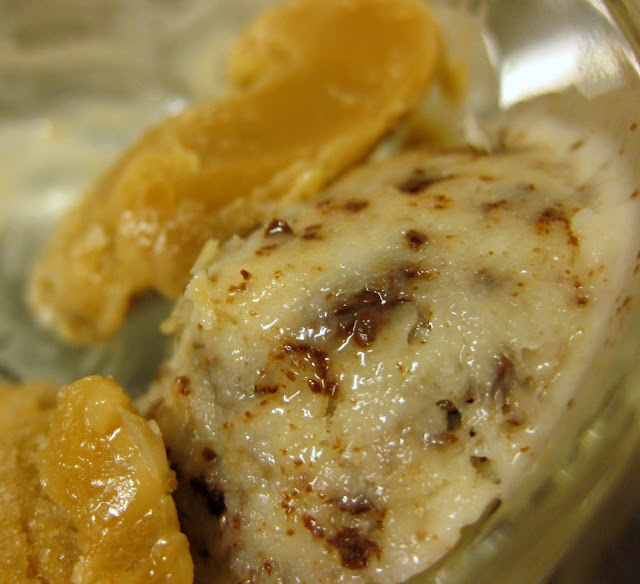 Yes, it is freezing in Swaziland.  Frost blankets the landscape in the early morning, even after the first light has peeked over the top of the mountains.  Leaving the house without a coat and gloves is not an option.  In fact, even being inside the house without a coat and gloves is not a smart move, as the lack of central heating makes indoors just as cold, if not colder, than outdoors.
However, not even this can overcome my love of ice cream.  It is probably what I have missed eating most for the last 13 months here in Swaziland, as there are absolutely no commercial gluten- and/or dairy-free options available.  Watching crowds spilling out of KFC during the summer months clutching flaky cones stacked high with deliciously creamy vanilla ice cream was like torture, knowing that I was still months away from enjoying any sort of frozen treat.  I usually averted my eyes, mouth watering, and wanting nothing more than a big bowl of Trader Joe's So Creamy or Purely Decadent.
Recently, the small health food store in town let me borrow a cookbook for allergies and food intolerance, and when I found this recipe, I marched immediately to my kitchen and set to work.  I made vanilla and chocolate chip to begin with, and then later experimented with mint chip and maple flavors.  You can take this basic recipe and turn it into any flavor you want.  I used only one can of coconut cream (165 ml) instead of two to reduce the fat content, and while what I ended up with was not as creamy as regular ice cream, it was still delicious.  Still, if you're after a creamier texture, add that second can of coconut cream and see what happens.
I can guarantee one thing: While it may not be as convincing as some of the commercial brands in the U.S., if you are ice cream-deprived, this will definitely satisfy that craving.  Darryn and I sat shivering in our sweatshirts, under a huge blanket, next to the heater, with hot tea in front of us for damage control, enjoying every last bite of this ice cream. 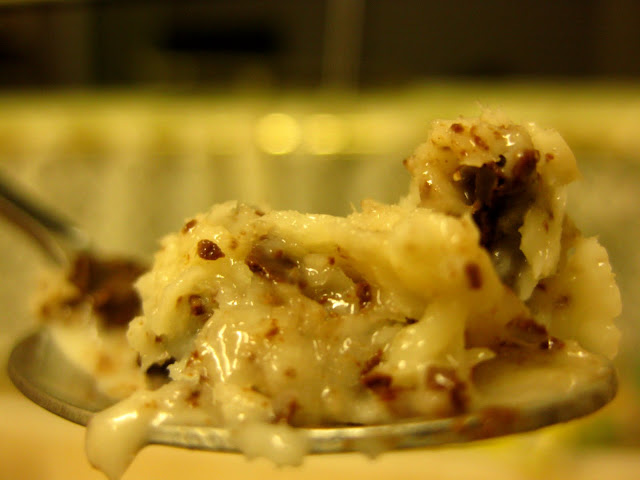