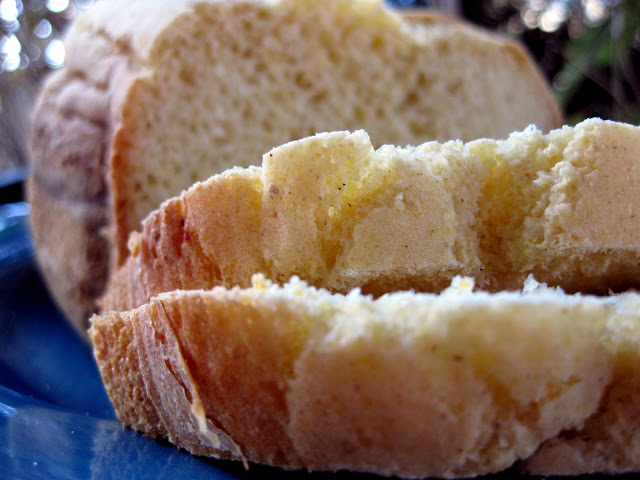 You know how gluten-free bread sometimes withers under the heat of the oven?  How it looks so full of yeasty promise, only to deflate disappointingly once you attempt to actually bake it?

I've been hearing rumblings of the wonders that a breadmaker can work on gluten-free bread, and as I was lucky enough to inherit a Breadman Breadmaker from my cousin recently, I decided to try out a recipe from Karina's website (always trustworthy) in my first attempt to use it.  She raves about her Multigrain Bread in her blog, and so I decided to give it a try.  I followed her recipe pretty exactly, using real eggs instead of egg replacer and used all water for proofing the yeast instead of using half non-dairy milk.  I also left out the seeds on top (and I only did that because I stuck this in the breadmaker at an ungodly hour of the night after a marathon paper-writing session and promptly fell asleep before it was time to add the seeds on top).

The result?  Mine was a little dry, but made a beautiful piece of toast spread with sweet jam.  And it slices!  It slices without falling apart!  I'm inclined to blame myself for the slightly dry texture because I originally only used 1 cup of warm water to proof the yeast since I'm not cooking at a high altitude like Karina was.  I think next time I'll use the full 1 1/4 cup and see if it turns out to be any moister.  Overall, though, it was a pretty good loaf of bread and held up well in terms of texture, and was particularly good as toast.  I think everyone's breadmaker will be slightly different, so I'd start with Karina's original recipe and then tweak from there.  Even if mine turned out a little dry, it was still eons above some of the store-bought stuff I've choked down.  Thanks for the recipe, Karina! 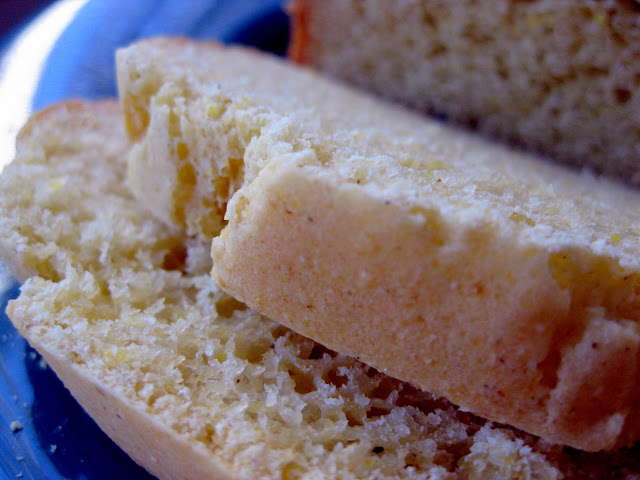