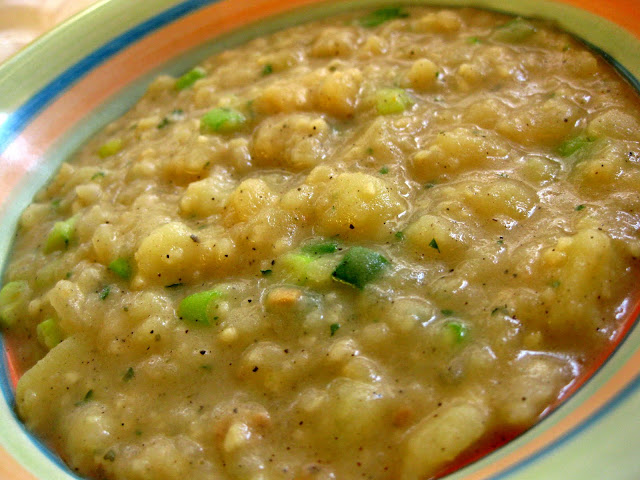 This is a soup that is simple to throw together, and is bursting with flavor.  The nutritional yeast adds a slightly cheesy flavor to the soup, and the soy milk helps give it a creamier texture.  It was hearty enough to be a meal on its own and was perfect to have on a chilly autumn night. 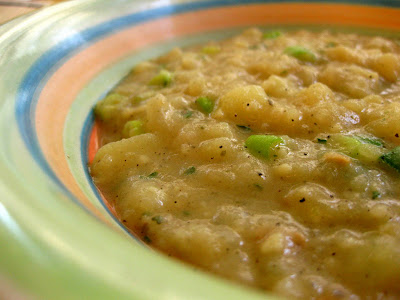 Heat the oil in a pan over medium-high heat and add the onion and garlic.  Saute until the onion has turned translucent and then add the potatoes.  Add just enough broth (I used a vegan chicken-flavored one) to cover the potatoes, and add the oregano and parsley.  Bring to a boil and cook for about 10 - 15 minutes, or until the potatoes are very tender and the broth is at least reduced by half.  Using a potato masher, mash about half of the potatoes, leaving some to create a more chunky texture if desired.  Add the nutritional yeast, soy creamer, and chives, and add salt and pepper to your own taste.
Serve with a crusty bread or as a first course.

Posted by Claire Berman at 4:56 AM