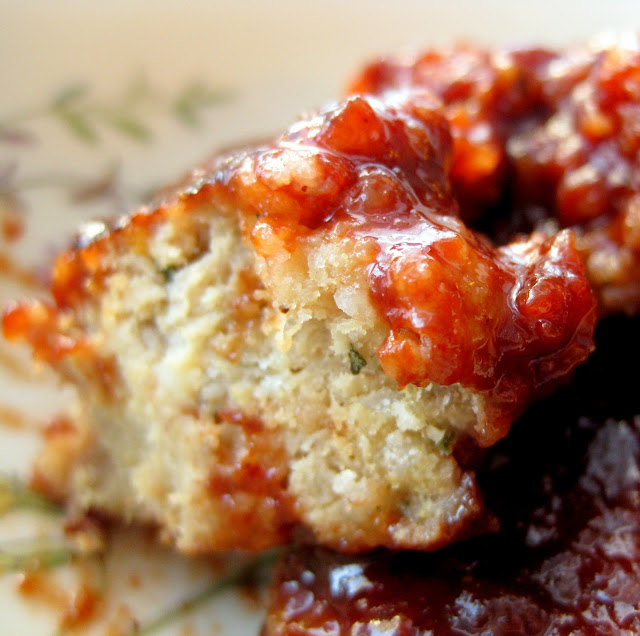 These are a new twist on an old favorite.  I have been craving them for a while, but sadly, Trader Joe's has not stocked the cranberry chutney I used to use for ages.  I tried making it with their mango ginger chutney to mixed reviews; I liked it okay, but the rest of my family seemed to be less than enthused.  It was the ginger, I think, that was the misfit.  Don't get me wrong - I like ginger in general.  But it didn't belong in this concoction of sweet and tangy.  It knocked the other flavors out of its way.  It took over.

So it was time to do some tweaking.  This recipe is so simple that it wasn't hard to find substitutions;  I used homemade cherry jam to roughly parallel the tartness/sweetness of the cranberries, and while I was at it, added some apple butter I had in the fridge.  And then, I remembered the box of Kinnikinnick bread crumbs I had on my shelf.  (They sent me a box of them to review about a month ago, and with the end of the semester and being home for the holidays, I hadn't had a chance to use them yet.)  Since I was already in experimental mode, I tossed them in, too, replacing the oats from the original recipe.

They were wonderful, with a tender yet sturdy texture, and strike a beautiful balanced between sweet and a kick of spice.  These make a great dinner, but are essentially a fancier version of the cocktail meatballs made with grape jelly, so you could also make smaller meatballs and serve them as party snacks.  But trust me - whatever size you make them, you'll probably want to eat every last one yourself. 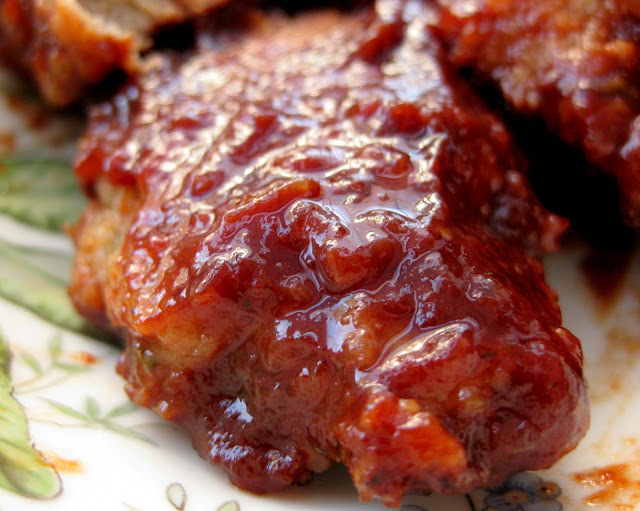 To serve:
1/2 cup brown rice (cook as directed on package)

Preheat the oven to 350 F. Get a glass baking dish ready for baking.

In a large bowl, combine all ingredients for the meatballs and mix well.  Spray a non-stick pan with cooking spray and put over medium heat.  Form the mixture into meatballs, dropping them into the pan.  Saute on all sides just until browned (they won't be done in the middle yet) and place them in a single layer in the glass baking dish.  You'll probably have to do this in about 3 batches.

In a separate bowl, combine the barbecue sauce, jam, and apple butter and mix well.  When the meatballs are all browned and arranged in a single layer in the glass baking dish, pour the sauce evenly over them, turning them so that all sides are coated.  Cover with foil and bake for 25 - 30 minutes, until the sauce is bubbling and the meatballs are completely cooked through.